Lesaffre is preparing for the opening of a commercial biofoundry in the city of Lille (France), the first in France with this scope of integration and one of the largest in Europe! There is much scope for innovation whether it comes to food, feeds, health, environmental protection, energy production or the development of new materials. Here we will explain what these facilities are, and how they can help to speed up R&I.

Unlike what the name may suggest, biofoundries have nothing to do with molten metal. Instead, we are presented with a resolutely modern and sterile environment, where dozens of robots and lab instruments perform coordinated tasks to carry out all the procedures required for DNA sequencing, genome editing or the selection of micro-organisms. Yet there is a specific reason behind that name: just like foundries have transformed the metal industry in the 19th century, biofoundries, also known as genetic foundries, genome foundries or DNA foundries, are a true technological breakthrough. A biofoundry allows scientists to program cells on a high-throughput scale, opening up new development opportunities for the yeast and fermentation industry.

From synthetic biology to biofoundries

Today, twenty-six prestigious academic institutions, including Harvard University and Imperial College London, have set up biofoundries. The development of these facilities fits within a larger trend, namely, a real interest for metabolic engineering. This method is used to better understand the functioning of living organisms and/or develop within a laboratory biological systems with desired properties, e.g. yeast or bacteria cells capable of naturally synthesizing a molecule of therapeutic interest. While initial research on designing biology dates back to almost twenty years ago, the year 2010 marks the birth of this discipline. A team from the J. Craig Venter Institute (JCVI) found a way to build a perfectly functional bacterial genome from scratch, paving the way for new industrial micro-organisms. While it made it possible to engineer new microbial strains based on needs, it also offered the opportunity to create “tailor-made living factories” able to synthesize – by fermentation instead of chemically – medicines and biofuels, as well as compounds, such as isoprene, used for the manufacture of petroleum-free polymers.

Designed for making targeted and specific changes to DNA sequences, and sometimes engineering synthetic genes or genomes, gene editing technologies have been constantly improving for the past ten years. Significant progress has also been made in other fields, such as rapid cell sorting (by flow cytometry), automation, robotics, IT storage capacity and data science. All these innovations combined now make it possible to use computer-aided design, achieve rapid sequencing of large amounts of synthetic DNA, and have different gene combinations analysed and tested simultaneously.

Bioengineering processes – pipetting very small quantities of liquids, introducing genetic material into cells, screening engineered micro-organisms, etc. – have always required a high level of precision, meaning they were very time-consuming. By automating and systematizing these laborious processes, biofoundries significantly accelerate and improve the accuracy of R&I cycles, from the engineering of a new strain of yeast to production and verification of the result. Most importantly, they also provide the opportunity to design and test thousands of microbial prototypes at the same time. A robotic arm transfers small plastic trays with thousands of tiny wells and as many samples from one instrument to another. After creating genetic variation across hundreds of thousands of variants of yeast and bacterial strains, all these options can be assessed simultaneously using automated protocols and data analysis software in order to select the best models.

Biofoundries can also contribute to the development of non-genetically modified organisms (e.g. in food products), since all the stages that help with the selection and crossbreeding of yeast cells, through a directed-evolution approach, can be automated as well. Even when more traditional methods are used, they facilitate the rapid creation of the strains. This is particularly important for Lesaffre given its commitment not to use genetically modified organisms for food and feed applications.

New discoveries in the pipeline for Lesaffre

The biofoundry which will open in the Autumn will be equipped with 14+ robots, more than 30 state-of-the-art instruments, and design and data analysis software, including a stereolythograpic 3D printer per labware prototyping. The facility will also bring together three types of expertise: specialists in automation and software engineering, high-throughput screening researchers and biological engineering experts (an eclectic mix of classical yeast breeders, genetic engineers, metabolic engineers, microbial physiologists, and system biologists). It will particularly benefit from state-of-the-art gene editing technology, especially after Lesaffre signed a strategic partnership with Recombia Biosciences in October 2020. This technology can be used to introduce multiple genetic changes at the same time, therefore generating thousands of different strains of yeast simultaneously. This should considerably expand the catalogue of bio-based ingredients which have been synthesized by genetically-reprogrammed yeast cells, e.g. biofuel compounds, substitutes for petroleum used in the manufacture of plastic materials, molecules of therapeutic interest, pesticide-free biocontrol products used for farming, etc, as well as significantly accelerate classical yeast and bacteria genetic improvement programs.

All our Business Units should see an advantage in working with the new biofoundry, including our bakers, brewers and oenologists: while these food sectors are limited to traditional development techniques, without access to genome editing, the new facility can screen thousand of yeast cells at the same time, increasing the chances of finding strains of interest in no time, i.e. which are more efficient in fermentation, create new flavours and generate a low level of fermentation by-products. These are exciting prospects. With a large number of possibilities, some of the gene combinations that will be tested might even lead to the creation of novel products or applications never introduced on the market before, which will respond to actual needs.

(…), the biofoundry can greatly reduce the time from idea to product, and improve the reliability and reproducibility of bio-manufacturing.

Excerpt from the OECD Science, Technology and Innovation Outlook 2021

In R&I, we always have to be one step ahead so that whenever a need arises, we have a practical way to address it. We demonstrate that we can put a scientific idea into practice before the client has even identified a need for it.
Carmen Arruda
R&I Manager at Lesaffre 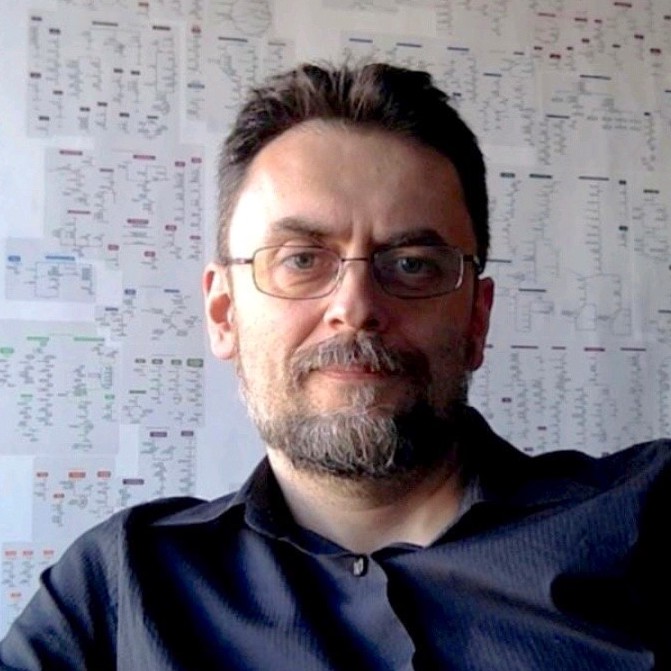 What will be the purpose of Lesaffre’s new biofoundry in Lille?

It will mostly concentrate on high-throughput screening of microbial strains using traditional, non-genetic-engineering methods. In particular, for Lesafre this means a strong focus on yeast and bacteria for baking applications. But it will also test yeast and bacteria cells genetically-reprogrammed in the other biofoundry that we are building in California with Recombia Biosciences. The lab in Lille which opens in 2022 will allow us to perform genetic and functional screens of the different new strains created. We will also be able to carry out their genome sequencing and analyse the mRNA and proteins they synthesize, to allow a better understanding of yeast performance in various processes of interest to Lesaffre, whether it is a laboratory screening or a production run in one of our plants around the world.

How will it transform R&I?

This won’t be just a new lab, but more like a different working method and a new way of integrating all our stages of development. By automating tasks as much as possible and processing a large number of samples at the same time, the purpose of the biofoundry is to accelerate the ‘Design – Build – Test’ cycle. Before, there used to be a bottleneck in the process. While we were able to produce 10,000 or more strains every week, we couldn’t analyse them all in the same time. The biofoundry will enable us to do so using high-throughput screening techniques.

Considering that the food sector is unable to use genetic engineering processes, how will it benefit from the biofoundry?

That’s right. As a matter of policy, we do not use genetic engineering in this sector. But since the methods used in traditional development techniques, such as crossbreeding, hybridisation, and mutagenesis, are not as precise and controlled, we end up with a library of almost one million strains of yeast carrying random changes in their genomes. By helping us to assess a thousand times more cells per unit time than with earlier approaches, the biofoundry will increase our chances of identifying precisely what we’re looking for in a reasonable amount of time.

Beer without the alcohol, but with all the flavour!

Bread: a universal foodstuff at the base of the food pyramid